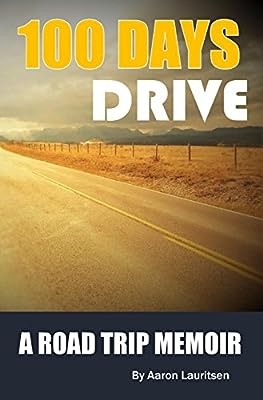 Price:
As of 2020-01-18 20:17:14 UTC (more info)
Product prices and availability are accurate as of 2020-01-18 20:17:14 UTC and are subject to change. Any price and availability information displayed on http://www.amazon.com/ at the time of purchase will apply to the purchase of this product.
Availability: Not Available - stock arriving soon
Buy Now from Amazon
Product Information (more info)
0 0
CERTAIN CONTENT THAT APPEARS ON THIS SITE COMES FROM AMAZON SERVICES LLC. THIS CONTENT IS PROVIDED 'AS IS' AND IS SUBJECT TO CHANGE OR REMOVAL AT ANY TIME.

In the fall of 2013, while at a crossroads in life after a divorce, Aaron Lauritsen, did what many of us dream of doing but few ever will, he put his problems in the rearview mirror and headed out the door. After selling his business and all his possessions, he and his trusty K9 companion, Athena-bear, jumped in his Toyota pick-up truck, then ventured into the heart of North America for a road trip to end all road trips.

Because he hoped that by getting lost out there, he would somehow find himself again, he left without a plan or even a map, then for one hundred glorious days journeyed the continent carefree, via secondaries that were not only off the beaten track, but that were often all but forgot.

On them he traversed some 30,000 zig-zagging miles through thirty eight of the lower forty eight states and seven of the ten Canadian provinces. And yielded in the process an untold number of encounters weaved by confronting personal fears, history, worldly cities, eccentric people and adventurous activities. The real prize afforded by the time, distance and space however, was his spiritual awakening.

Follow along as he paints that epic voyage of discovery and experience the same unexpected serendipity that awaited them around each bend of the open road.